Living Too Long Is Never A Problem Until It Is

What happens when your money dies before you? What are your options?

When it comes to living a long life, most of us are of two minds. Part of us loves the idea of growing old with grace, traveling into our 90’s, playing with our great-grandkids (perhaps even our great-great-grandkids!) and being known as the oldest kid on the block.On the other hand, if we’re honest with ourselves, we also fear that we could live too long and may run out of money when we need it most. Instead of bringing joy to our descendants, many Americans worry that they will wind up becoming burdens to those they love.It’s a legitimate and widespread concern; especially as medical technology has increased human lifespans dramatically. This increased longevity brings with it a greater possibility that a person could outlive his or her savings.In 2016, the Transamerica Center for Retirement Studies released a survey of more than 2,000 workers aged 50 and older. 57% of those surveyed cited running out of money in retirement as their #1 concern. A similar survey conducted by insurer Allianz found that six in ten Baby Boomers feared running out of money more than death itself!Understanding this fear, some savvy advisors are suggesting that their clients consider the advantages of creating their pension plans using longevity annuities, also known as “deferred income annuities.”Deferred Income Annuities (DIA’s) are specially designed for creating income for later in life. Although they have been around for over a decade, they aren’t marketed by many annuity professionals and are offered by only a handful of companies.Built on the Single Premium Immediate Annuity (SPIA) platform, which is a simple and effective method of creating income, for now, DIA’s differ in that they are designed and customized to generate income for the future. With a DIA, you can defer your income payments anywhere from 13 months to 45 years, whereas a SPIA only allows you to delay for a year.DIA’s, unlike many other types of financial vehicles, are easy to understand and implement. They aren’t tied to the stock market, are customizable, and charge no annual fees. Similar to Social Security, a DIA rewards you with higher payouts the longer you wait to start your income stream and bases the amount of that stream on your age at the time you begin receiving payments.DIA’s should be approached with an understanding that although a DIA guarantees the return of your principal, you can typically only get that money back in full if you die or choose to take the income stream. That means that a DIA should form the “Can’t Touch This” part of your retirement blueprint. If you have reason to believe that your income goals might change, understand that the money in your DIA is pretty much locked up, just like the money in your IRA, 401(k), or pension plan.Annuities were never intended to be investments and should not be regarded as such. This may hold true for ANY annuity, including DIA’s. You should purchase annuities, not for growth potential or ROI, but strictly because their guarantees protect and preserve your wealth. They are a powerful tool that can help you create your pension and keep you from running outliving your money in retirement. More information of Transamerica here: https://www.transamericacenter.org/ 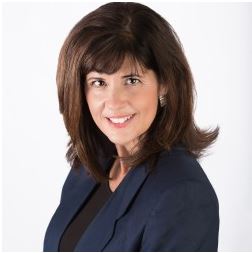